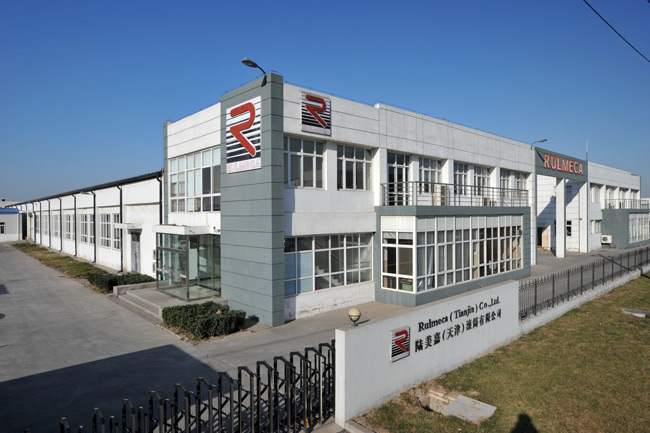 Rulmeca (Tianjin) is located in Saida Industrial Estate (Xiqing) of Tianjin, a highly industrialize city in North-East coastal area of China. The factory is 45km from Tianjin Port and 40 km from Tianjin Airport which is highly convenient for import and export.

Rulmeca (Tianjin) was founded in Aug 2006 and covers an area of 5,500 square meters for the factory, warehouse and offices excluding the loading and unloading area.

Rulmeca (Tianjin) is the reference supplier of components for bulk material handling (belt conveyors in bulk handling applications) for China and North-East Asia.

Rulmeca (Tianjin) succeeded the quality control aspect adopted by Rulli Rulmeca. A commitment to quality began with the people of the company and has developed throughout every field of activity, becoming the fundamental element in the China/Asia affirmation of Rulmeca rollers.

The Rulmeca quality system has been certified under the ISO9001:2008 standards

Furthermore the product range of Rulmeca rollers is designed and manufactured in compliance with the Directive "ATEX" 94/9/CE or China standard GB10595-2009 or MT821-2006.